On April 4th, we have a very powerful Lunar Eclipse in Libra. At 14 degrees, it is triggering the square between Uranus and Pluto which is going to bring restlessness and profound change. 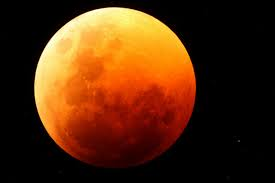 Any course of action you set now will be in effect until the next eclipse season starting in September. I expect to see some huge events happening in the world during August, September and October.

These eclipses have brought an intense mix of energies.  Uranus rules aviation, and on March 24th we had the tragic ‘accident’ in the Alps that killed everyone on board. With Pluto square to Uranus, this suggests secrets and suppression of information. Doesn’t it seem surprising that according to the French prosecution that: ‘All of the body parts from the 150 victims, who died in the Germanwings flight in the French Alps, have been now been identified?’

We’re going to see more and more suppression of information. Start questioning everything you see, hear or read. We’ll have to look below the surface to find out the real facts.

The Pluto Uranus square is activating the forces of good and evil. More polarity will show up around the world and within your own lives.

For example, my Twitter account was hacked and hundreds of disgusting hard pornography was being tweeted and retweeted by people I didn’t know.
A big thank you to many of my followers who let me know and who gave me helpful tips to stop this dark energy. After changing my password numerous times, blocking and reporting the harrassment to Twitter, it finally stopped.

I’ve also had people stealing my videos on YouTube. Posting them on their own channel as though they had created them.

This is a great time to let go of an old habit. You might want to give up smoking, alcohol, sugar, collecting stuff that you never use… 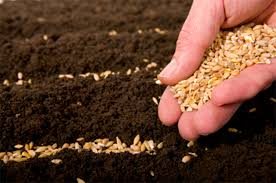 Once you have let go of something, you leave space in your life for something new to appear. When you have weeded your garden, you’ve got some lovely fresh soil to plant new seeds. That is what this time is all about.

For me, it’s in my 4th house of home and security. I have moved country, I lost a whole lot of stuff and I arrived in the UK in just the clothes I was standing up in. It’s been quite an adventure starting all over again.

Maybe it’s falling in your 1st house. This is a time to let go of the old you and to create a ‘new you.’

Maybe it’s happening in your 5th house. If you’ve been procrastinating about starting that new business, this is the perfect time to get going.

These eclipses give you a wonderful opportunity to think about where in your life you can release some baggage and bring in something brand new that excites you.

On April 8th, lucky Jupiter goes direct bringing in new opportunities and possibilities. Projects that have been stuck can begin to move forward more easily. 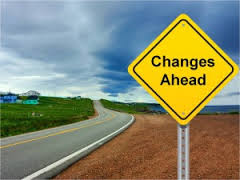 These eclipses signal BIG CHANGES. As there are no eclipses in Fixed signs until February 2017, this means that we have to get used to things changing constantly, probably more than we would like them to. It’s a feeling like you have all your house in order before you go away on a short vacation and when you come back someone has moved all the furniture and you don’t know where anything is!

I don’t know about you, but I like to establish a good team of people around me. Having just moved to the UK, I found a lovely hairdresser who washed my hair so thoroughly and did a great job with the colour, and I was about to schedule another appointment with her, when she told me she was moving to another part of the UK.
I found a great dental hygienist and when I asked for an appointment in 6 months time, she told me she was 4 months pregnant and would be leaving just before then!
Nothing is stable!! These are just small examples, but I am seeing this need for change, for learning how to be flexible and how to enjoy the changes.

Love is in the air with the Libra energy of this Lunar eclipse. In my practice, I am seeing more and more relationship charts that show great compatibility. Recently I told a Capricorn client that she would be very suited to another Capricorn. ‘Oh no,’ she said, ‘all the Capricorn men I’ve met are soooo boring.’ …Three weeks later she met a Capricorn man with a lot of Scorpio planets who she says:  ‘is not in the least bit boring!!’

One Response to Total Lunar Eclipse in Libra